A typical response for many listeners first hearing the hard-charging and harder-hitting rock of Greta Van Fleet may be to wonder what decade, exactly, produced these sounds. After all, songs like “Highway Tune” and “When the Curtain Falls” are so steeped in the stadium-ready sounds of the Who and Led Zeppelin at their mightiest and most muscular, it’s hard to believe that they’re actually the handiwork of three brothers from Frankenmuth, Michigan, whose birth dates coincide with the heyday of NSYNC and Britney Spears.

The second response, however, is not to care about any minor details of how, when, and why. What matters is the stunning ability of Greta Van Fleet to not only channel the majesty of rock gods of yesteryear but demonstrate that music’s potency in the present. It’s no wonder they’ve made a huge fan of Robert Plant — “They are ‘Led Zeppelin I,'” the singer said about these newcomers. Another admirer, Elton John, asked them to play his Academy Awards party in 2018. “They have an amazing future ahead of them,” he told the assembled celebrities.

That seems like an understatement given the excitement already generated by Greta Van Fleet’s uncommonly powerful live shows and a set of original songs that demonstrate the potential of the three Kiszka brothers — singer Josh, his twin brother Jake on guitar, and youngest brother Sam on bass and keyboards — and drummer Danny Wagner. “Highway Tune” and “Safari Song” both topped Billboard’s Mainstream Rock singles charts in 2017, fueling further interest in the band’s first two EPs, ‘Black Smoke Rising’ and ‘From the Fires.’ Yet for all their love of classic rock, their covers of songs by Sam Cooke and Fairport Convention prove their tastes extend beyond the confines of the genre.

Released in October 2018, Greta Van Fleet’s debut full-length album ‘Anthem of the Peaceful Army’ is further evidence that the Kiszkas are no retro simulation of a bygone rock golden age but a kick-ass band that’s very much for the here and now. 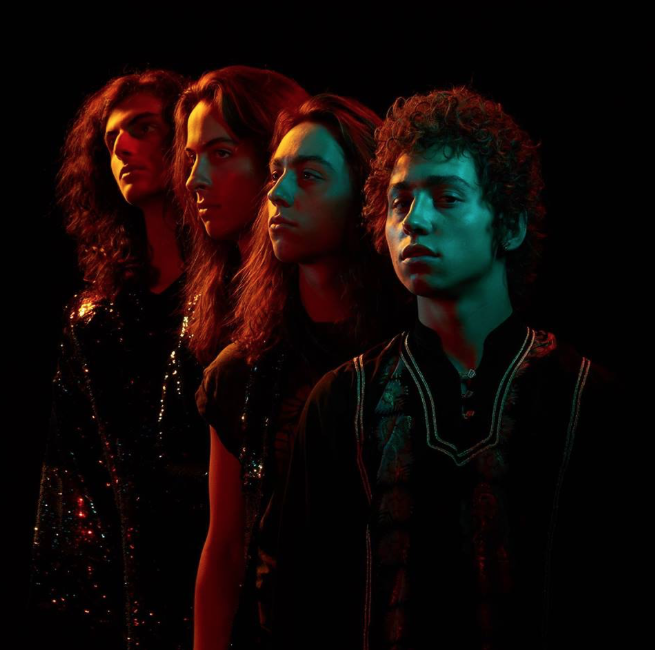