New album Why Are You OK out now.

Beginning with their first LP “Everything All The Time, Band of Horses have been a mainstay of indie rock for a decade with 4 studio albums in total, including 2010’s Grammy-nominated “Infinite Arms” and “Mirage Rock”, produced by the legendary Glyn Johns. Formed and led by singer and songwriter Ben Bridwell, the South Carolina-based band have given us many much-loved singles, including “The Funeral” and “No One’s Gonna Love You”, and have played globe-spanning headline tours as well as dates with greats like Pearl Jam and Neil Young. Next on the horizon this June, Band of Horses are releasing their highly-anticipated fifth studio album, “Why Are You OK”, co-produced by the band and Jason Lytle and executive produced by Rick Rubin. 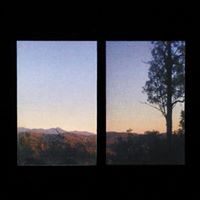 http://bonnydoon.bandcamp.com
Arriving in the early months of 2017, Bonny Doon’s self-titled debut was a warm introduction to the Detroit quartet for many. Hazy and bright, the album’s woozy melodies and swirling webs of summery guitar textures were easily ingested as low-key slacker pop, blissfully awash in lo-fi sensibilities and dreamy ambiance. But the nonchalant breeziness belied a serious attention to songcraft that beckoned careful listening, and hinted at depths yet unexplored. Lo and behold, before the ink was even dry on the first record, work had already begun on its follow-up Longwave, a conscious about-face from the sonic experimentation of the first album, and a journey inward.

Opting for spontaneity and simplicity over the exploration of layers and textures that defined the first record, the band architected an incredibly intimate sound for these new songs. The album was tracked with minimal overdubs or production flourishes, constructing a frame that is spare and understated. The songs on Longwave amble through moonlit fields of melancholy guitar leads and self-reflection, the collection unfolding almost as one uninterrupted conversation with self. The session aimed to capture the band at their essence. With the superfluous stripped away, a gentle but steadfast spiritual core is revealed as the backbone of Bonny Doon’s cosmic American music.

3,174 thoughts on “Band of Horses with special guest Bonny Doon appearing at The Ritz Friday, August 17”