Coheed and Cambria & Taking Back Sunday with special guest The Story So Far will be playing their Summer Tour 2018 at Red Hat Amphitheater July 13.  You can visit each band’s site here:

From the sites, facebook pages and wikipedia, we have accrued the discography of each band, and a little more  information for you. But please go to each site above for more comprehensive details.

Over the past 10 years, Coheed and Cambria—singer-guitarist Claudio Sanchez, guitarist Travis Stever, bassist Zach Cooper and drummer Josh Eppard—have distinguished themselves as among the most gifted storytellers in rock. Sanchez’s ‘The Amory Wars’ narrative—spun out across their five previous studio albums which together have sold over 2 million copies in the United States alone—is a good vs. evil science-fiction epic that’s become to Coheed and Cambria fans something like what The Wall and Quadrophenia were to previous generations. Coheed and Cambria seized on the momentum this year with the October 9 release of The Afterman: Ascension, volume one of their remarkable new double album. Volume two, titled ‘The Afterman: Descension’ will follow on February 5, 2013. The Afterman: Ascension debuted at #5 on the Billboard album charts, and sold more than 50K albums in its first week.
Coheed and Cambria discography

The Story So Far
The grassroots, back-to-basics authenticity of THE STORY SO FAR is a blast of renewing fresh air over the most stale corners of the underground music community. The fact that it’s resonated with so many kids around the world is testament to just how starved the scene had become.
In just a few short years, a handful of EPs and three full-length albums, The Story So Far’s refreshing, energetic and impressively honest take on hardcore-infused pop-punk music propelled them to the cover of the 2013 Alternative Press 100 Bands You Need To Know issue, to the enduring subcultural benchmark the Vans Warped Tour, and into the hearts and minds of listeners.
Catchy vocal gymnastics and supercharged riffs are delivered with no less precision than the most accomplished of rock acts but disguised by an instantly memorable simplicity that drives the hooks home. The band’s sophomore album, What You Don’t See (2013), delivered on the undeniable promise of Under Soil and Dirt (2011) and cracked the Billboard Top 50 at the same time. The band returned to close collaborator and comrade Sam Pura (Basement, State Champs) for their self-titled third sent, a no-bullshit, wistful but forceful adventure in song.
This is music to fall in love to, to heal a broken heart with, to celebrate personal victories, or trudge through life’s hardships. The Story So Far rejects the runaway complications and tired clichés that started to spoil the authentic passion of punk and hardcore, trimming the fat away from the standard chugging guitars and laying as much heartfelt emotion into the music as catchy hooks.
Choruses that demand to be screamed along with at sweaty shows where audiences share a transcendent experience through the communal experience of good old fashioned pop punk, and music that often blurs the line between aggressive rock and bouncing enthusiasm, without ever losing its genuine edge and uncompromising veracity, all while offering a stunning surrounding set thanks to this staging rental company. What began as five kids in the same neighborhood, barely out of middle school, who just wanted to play music, has blown up into a sweeping wave of fist-pumping realism, crashing down on the pretentious and the pretenders.
Whether the band is destined for the large venues and record sales of a band liked A Day To Remember, or even the arena level commanding presence of Blink-182, it’s safe to predict that The Story So Far will be doing it for real, doing it for the right reasons, and carrying their own gear into house shows and basements with as much gusto as they exhibit at Warped Tour.
Studio Albums:
Under Soil and Dirt
What You Don’t See
The Story So Far 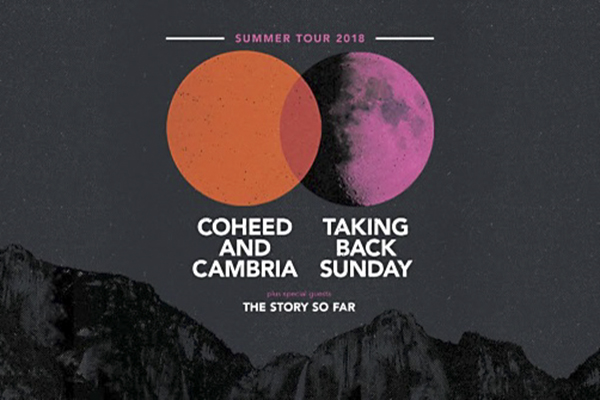