The sound of  Dirty Honey’s straight-up-no-apologies-no-explanations-needed music has been called “new-fashioned Rock ’n Roll.” As vocalist Marc LaBelle puts it, “We don’t want to bring anything back, we just want to make music that’s sexy and hard and rocking all at the same time.”

The Los Angeles-based band – LaBelle, John Notto/guitar, Justin Smolian/bass, and Corey Coverstone/drums – has already won the praise of artists like The Who, Guns N’ Roses, and Slash, all of whom they’ve supported on tour.  And Dirty Honey is 2019’s first new band to have its debut single, “When I’m Gone,” the riffy, big beat track with an instantly catchy anthemic chorus, become a Top 10 hit at rock radio.  In support of its self-titled, self-released debut EP, the group tours nearly non-stop, mining its reputation as a cranking live act, in clubs, theaters, arenas, and major outdoor festivals from Welcome to Rockville, Sonic Temple and Rocklahoma to Heavy Montreal, and Epicenter. 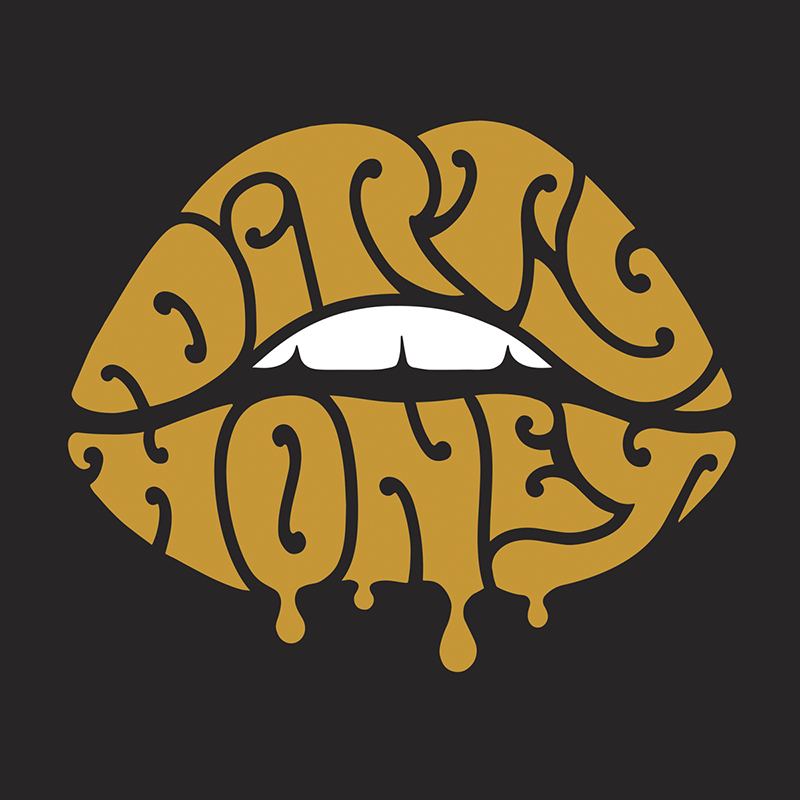 So what makes this young, still unsigned band such a force?  Meaty melodies, explosive dynamics, grooves as tight as a sealed envelope, vocals that bellow across the ice and snow of Valhalla, and guitar riffs that come at you like a heavyweight haymaker.  LaBelle is convinced that millennials have been starved for truly great rock music for a long time.  “At some point,” he explains, “EDM and hip-hop isn’t the new thing anymore and what’s fresh again now is rock.”

Dirty Honey is both a destination and a beginning for the band.  Mostly, however, it’s the first of what Dirty Honey hopes will be many declarations of rock ‘n’ roll prowess and creative intent, forging a fresh path from familiar conventions.

LOS ANGELES, CA – (Tuesday, August 6, 2019) – White-hot rock band Dirty Honey has already opened for The Who and Slash, was chosen as iHeart Radio’s “On The Verge” Rock artist, has its music video in rotation at MTV, and this week becomes this year’s first new band to have its debut single crack the Active Rock Radio Top 10, with “When I’m Gone” claiming the #9 spot. The blossoming career of the Los Angeles-based rockers is off to a blazing start.
Today, the band announces new dates on its Summer North American tour that will include support slots with Guns N’ Roses, Alter Bridge and Skillet, a handful of headline shows, and appearances on some of the late summer’s biggest music festivals.  Log on to https://www.dirtyhoney.com/the-band for all ticketing information.
Dirty Honey’s North American tour is in support of the band’s self-titled debut EP, recorded in Australia last Fall by producer Nick DiDia (Pearl Jam, Rage Against The Machine). In addition to the aforementioned opening slots, the band – Marc LaBelle/vocals, John Notto/guitars, Justin Smolian/bass, and drummer Corey Coverstone – has already made its mark this year at Welcome to Rockville, Rocklahoma, Heavy MTL, Epicenter, and Sonic Temple (“…a sweet-as-honey blues-rock vibe with dirty, gritty undertones, and vocalist Marc LaBelle’s diverse vocal range.”/Metal Nexus).