…just went independent. He’s been mixing the last few years with James Lugo at Hemispheres Recording, but Lugo just split for Nashville. John E. sits down to discuss his latest release with his band Widow, and talks about what has been happening lately in the local recording business.

How I Photographed This:

I met at John E. Wooten at James Lugo’s recording studio in Raleigh, NC a couple of years ago. James had hired me to shoot his studio, equipment and instruments. While was there, I met John E. Wooten. That day, I also shot a few portraits. I light painted John E., sitting at the command center (Lead Photo) which means I left the shutter open in complete darkness for a few minutes while I ran around and “painted” everything with colored flashlights. Other than mixing the light for the monitor and portrait so they would compliment each other, I was after the little lights in the photo to appear like like little gems and jewels. I placed my notebook and pen…pointing to the subject, to wrap up the composition, and you’ll see the suggestion of multi colored guitars back there to add some depth of space. ­I like the repetitive feel of the multiple guitars as it gives the image a bit of rhythm.

Afterwards, I caught up with John E. at his place and he talked about the current status of things. 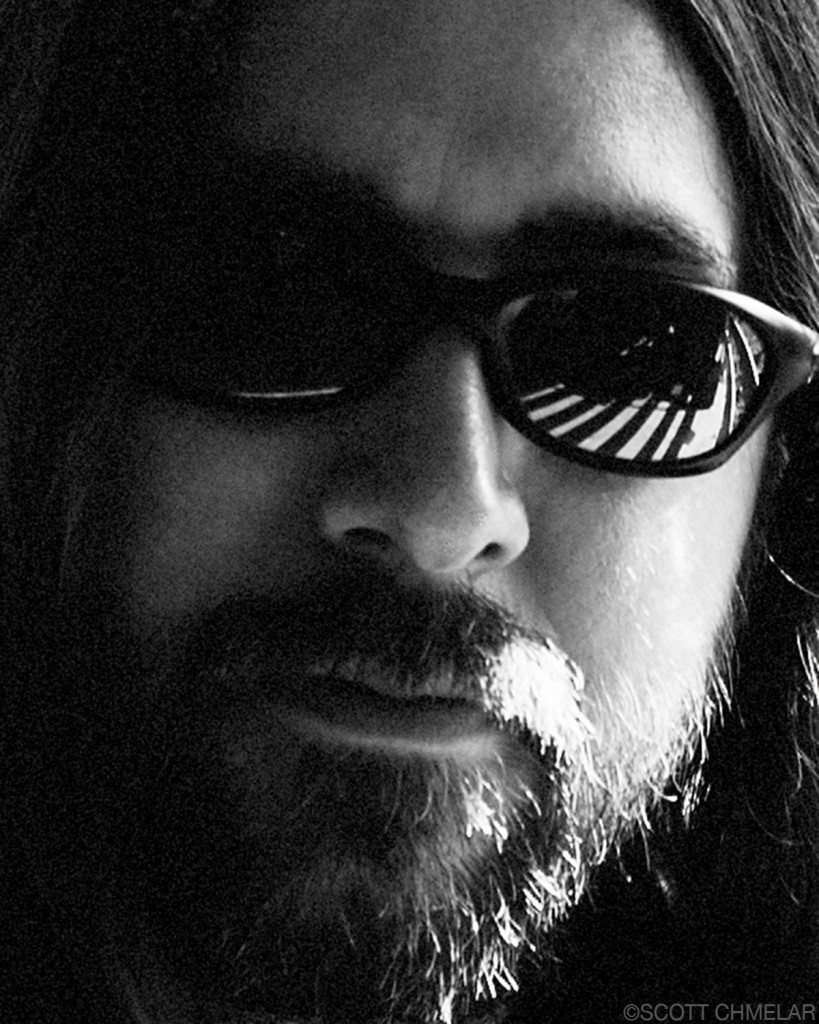 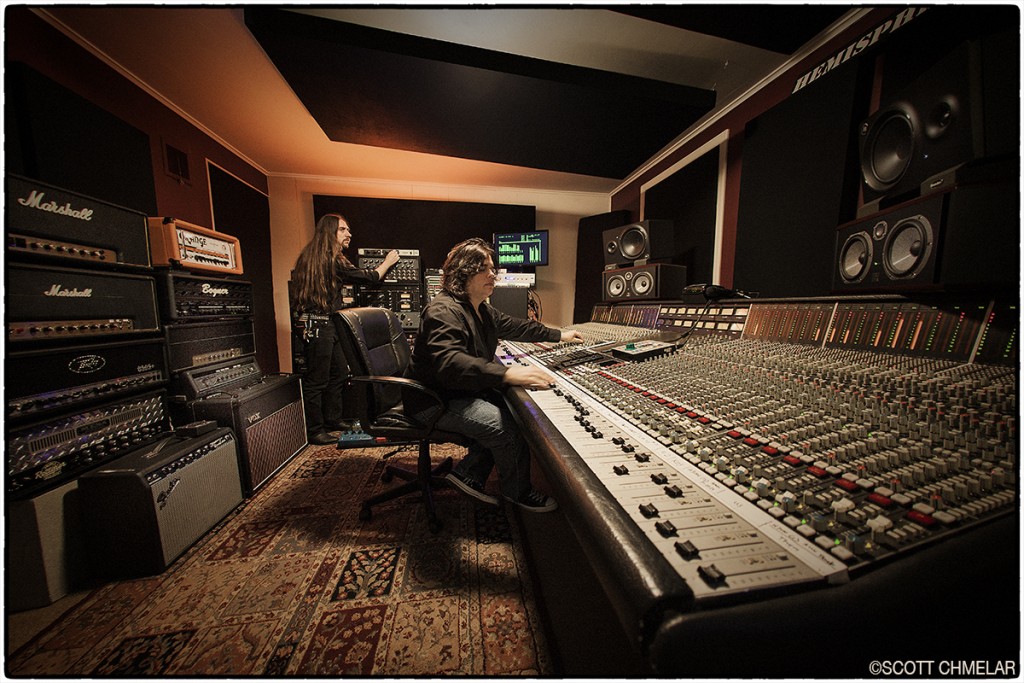 How are things going for James, and how is your work here affected?

He’s doing well, building up his Nashville clientele and staying busy. He still sends me Drum and Vocal editing work via the internet and calls me every now and then to help him troubleshoot his mix rig, since I set it up for him and know it inside and out. He even had me come out to Nashville to rewire his studio when he made some changes to it.

As far as how his move has affected me;  well, I guess the main thing is that it has freed me up to take on all the projects that I wanted to record myself but didn’t have the time for. James was the master of “keeping the plates spinning” so I was so busy working for him, I barely had time to work on my own clients. It was quite an educational experience though, and I wouldn’t trade it for the world. It really taught me the skills I needed to take my career to the next level. Granted we still learn new things everyday but so far, so good. I’ve even started consulting for other professional and home studios in the area, which is great because I really enjoy sharing knowledge.

It is not. Robbie joined us right after we finished up in the studio for that one. Do to time constraints on the studio availability (all those spinning plates.) Chris played the drums again on this one. That’s 3 of 5 (albums) now that he has played the drums on. We really have become the Spinal Tap of Raleigh when it comes to drummers. That reminds me, when I was a kid, hanging out playing guitars in the local music store, an older gentleman approached me and we got to talking about music. I’ll never forget it, he told me: “Son, if you want to have a career in music, play drums or bass, because guitarists are a dime a dozen.” I guess should have listened to him sooner. But yeah, We’re hoping for Carved In Stone to be release in April or May of 2016.

You’ve helped Steven Raets, at Bunkersound Productions in Chapel Hill, install the wiring for his new Otari MX-80 two inch analog tape machine…what does this add to the recording?

Well, tape was the recording medium that we were used to hearing on albums for many years. It has a very up front and in you face sound. It naturally compresses and saturates the signal in a way that is very pleasant to our ears. These days, with digital recording being the norm, that magic mojo that tape gives the sound is missing on most recordings. Companies have been trying to make 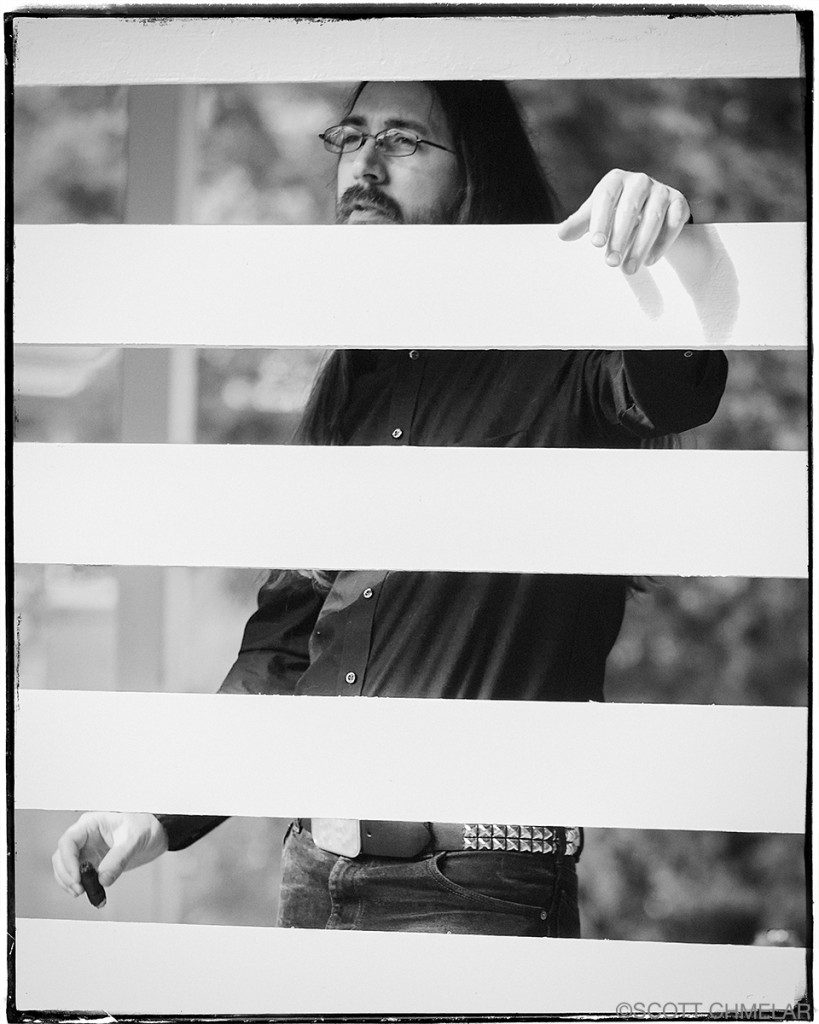 plugins that model and emulate what tape actually does to try and give that warmth and character back into today’s recordings, and while they do a good job of it, there is really no comparison to the real thing. Now at the same time, tape has its drawbacks. It has a high noise floor, commonly known as tape hiss. You actually have to wait for it to rewind to do another take when doing overdubs, and if you want to use a part from here and a part from there you actually have to cut those parts out and splice them together with tape (similar to scotch tape). Then you have your tape machine maintenance, cleaning and calibration, Tape maintenance, the oxide deteriorates over time and has to be baked in an oven to keep the oxide from flaking off all over your tape machine heads. It can be a real pain in the ass to deal with. But it does sound so fantastic.

Steven and I spent a week testing out different ways to use the tape machine in the modern digital environment to get the best of both worlds. We found that if we stay in the digital realm until we are done tracking and editing, then send each track to the tape machine and back to Pro Tools at a high sample rate, we get the magic mojo of analog tape and the speed and convenience of digital. We also got vey lucky that this machine came with the Dolby SR noise reduction system that keeps tape hiss to a minimum.

I’ve also been doing some work for Max Dearing at Dark Pines Studios in Graham, NC. We rewired his outboard gear and patch bay to better suit his new Custom 75 Series console, as well as a few other tweaks to make workflow a little easier. We put some line and speaker runs in the walls so that guitarist and bassist can record from anywhere in the studio and still have their rig miked up in a different room. That really helps if the guitarist wants to stand in the control room and hear what his rig really sounds like under the “microscope” instead of relying on the headphone mix. 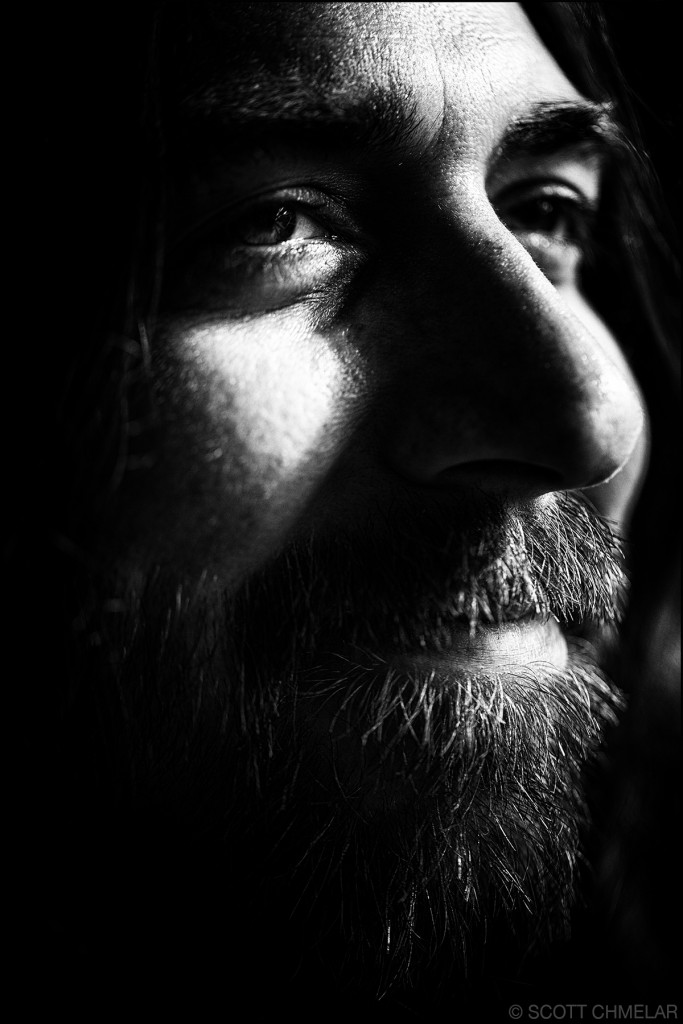 I am very passionate about recorded sound and want to get the best out of anything that I am working on. I have several studios in the area that I take my clients to, as well as a recording rig set up at my house. This allows me to get the job done right, no matter what the project may be, and allows my clients to concentrate on their performance while I take care of the rest.

John E. Wooten IV, an Audio Engineer, Producer, Bass player, and Lead Vocalist for his band Widow, can be contacted at: www.johnewooten.com