Atlantic recording artist Melanie Martinez has announced today’s release of a new song and an extensive leg of her world tour. “Copy Cat (Feat. Tierra Whack)” is available now at all DSPs and streaming services HERE. 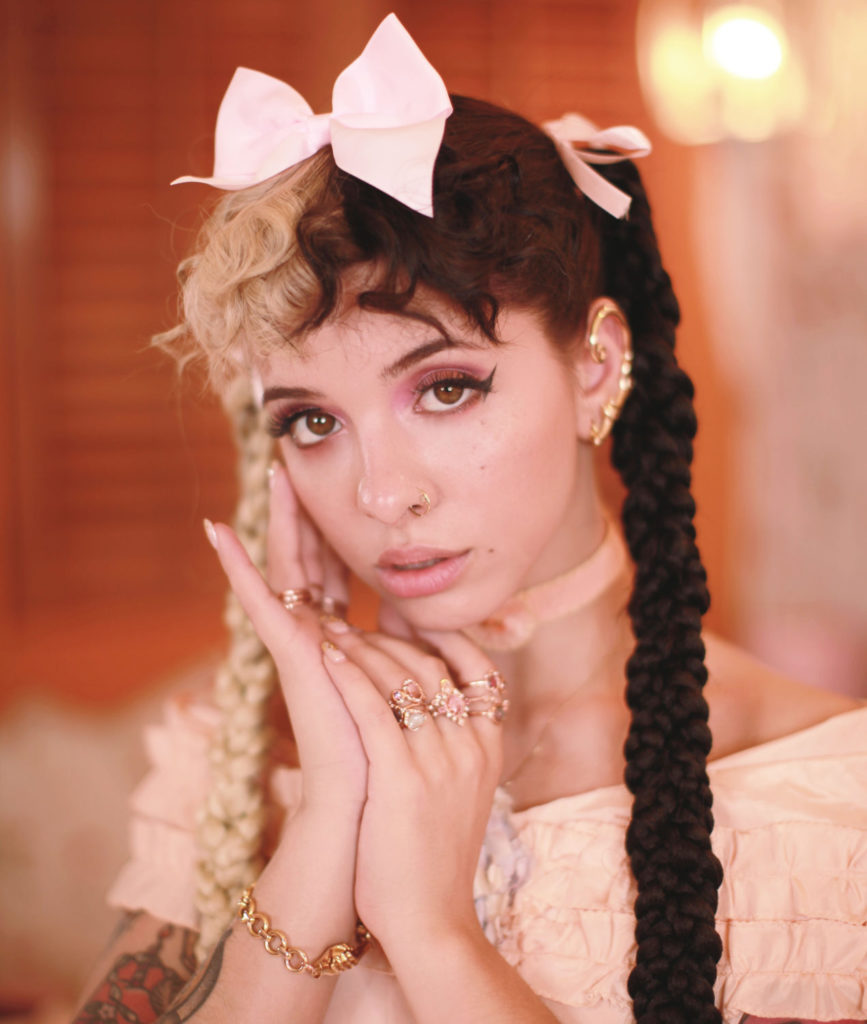 Martinez has further announced plans for a major North American headline tour, produced by Live Nation  – her biggest and most adventurous stage production thus far. Dates begin June 3rd at The Armory in Minneapolis, MN and then continue through late July.   Melanie Martinez is bringing her K-12 Tour to Red Hat Amphitheater Raleigh Friday 6/26 & Charlotte Metro Credit Union Amphitheatre Saturday 6/27.  Martinez has partnered with PLUS1 for the “K-12 Tour” to support crisis intervention and suicide prevention services for LGBTQ youth through the Trevor Project for her US dates, and local organizations working to support and empower the health and wellbeing of LGBTQ communities for her Canadian dates. For more information about PLUS1, please visit www.plus1.org.

Fan presales begin today at 2PM (local) and tickets go on sale to the general public starting Thursday, February 13th at 10 am (local). To get tickets and see the full list of tour dates visitmelaniemartinezmusic.com. Citi is the official presale credit card of the K-12 Tour. Citi cardmembers will have access to purchase presale tickets for select shows beginning Tuesday, Feb 11 @ 10am local time until Wednesday, Feb 12 @ 10pm local time through Citi Entertainment®. For complete presale details visit www.citientertainment.com.

“Copy Cat” will be featured on her first project since 2019 album K-12, an EP entitled After School which is due for release this Spring. Tierra Whack is the first artist to be included as a feature on a Melanie Martinez track.

“I’m so thrilled to be releasing this song with the most magical artist and insanely gifted lyricist, Tierra Whack,” says Martinez. “This song was written years ago and from an empathetic perspective, even while in a very hurt place. We’re all told that imitation is flattery to ease the pain that the ego feels when other people get credited for our ideas and our work. But being human includes feeling a multitude of feelings, and naturally this song came about when expressing those very raw emotions. I hope this song can not only bring comfort to anyone experiencing that feeling but also remind them to empathize with people who are just doing what society has conditioned them to believe will make them successful.”

Martinez is “the sweetest, realest, most genuine person I’ve ever met,” says Tierra Whack. “After dropping ‘WHACK WORLD,’ she was one of the first people to reach out and immediately show love. So excited to share our new song together!”

Both “Copy Cat (Feat. Tierra Whack)” and the upcoming tour follow the phenomenal success of Martinez’s internationally acclaimed album and accompanying full-length film, “K-12,” available now at all music retailers and streaming services. Hailed by Forbes as “a perfect conceptual album in the streaming age,” “K-12” entered the SoundScan/Billboard 200 at #3 upon its September 2019 release – the multi-talented pop phenomenon’s highest chart placement thus far. In addition, “K-12” debuted at #1 on the “Alternative Albums,” “Soundtracks,” and “Vinyl Albums” charts, as well as #2 on “Pop Albums” and #3 on “Top Albums.” Internationally, “K-12” made top 10 debuts in Canada, Australia, Ireland, Netherlands, UK, New Zealand, and Spain.

Produced by Michael Keenan with the exception of one song produced by Kinetics & One Love, “K-12” marks Martinez’s long anticipated follow-up to her RIAA platinum certified, 2015 debut album, “CRY BABY.” The new album further serves as a soundtrack companion to an eerily enchanting musical film, written, directed, and starring Martinez. K-12 is streaming now atDSPs and Martinez’s official YouTube channel, where it has earned close to 43 million views to date. Praised by Billboard as “a visual dream world of the 24-year-old’s own making… a whimsical, highly dramatized version of school life, filled with pastels, magic, oversized hair bows and babydoll dresses,” the film is also available on iTunes, Amazon, Amazon Prime, Google Play, Fandango Now, Vudu US, Comcast Cable, Cox Cable, Microsoft Store US, and Stingray/Qello.

In addition to today’s premiere of “Copy Cat (Feat. Tierra Whack),” last week saw Martinez unfurl a series of compelling new videos for songs featured on “K-12,” including “Orange Juice,” “Detention,” “Teacher’s Pet,” “High School Sweethearts,” and “Recess,” all of which are written and directed by Martinez and streaming now via YouTube. “K-12” also includes the previously released “Lunchbox Friends” and “Show & Tell” videos, which have contributed to driving Melanie’s YouTube channel to the precipice of 10 million followers.

Meanwhile, Martinez is currently traveling Europe on her epic “K-12 Tour,” with remaining dates set for Germany, France, the Netherlands, and the United Kingdom. From there, Martinez returns to the US for a series of already sold out “K-12 Tour” dates beginning March 17th at Anaheim, CA’s House of Blues and continuing through the month. Naaz will support on all European dates, and Sub Urban will open the March US dates. For complete details and additional information, please see melaniemartinezmusic.com. 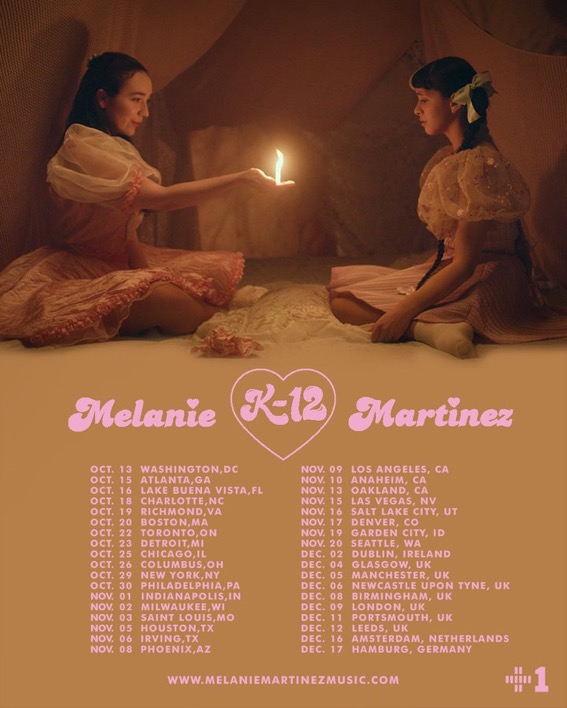