Mumford & Sons will embark on an extensive 60-date worldwide arena tour this fall featuring a groundbreaking new in-the-round stage design. The tour celebrates the multi-Platinum, Grammy Award-winning band’s forthcoming album, “Delta.” The album was written collectively by the band, produced by Paul Epworth and recorded at London’s The Church Studios.

Already receiving widespread acclaim, the band recently debuted “Guiding Light” on “The Tonight Show Starring Jimmy Fallon” with special guests The Roots. Marcus Mumford also joined host Jimmy Fallon as a guest on the couch. Additionally, Rolling Stone calls the single, “wildly experimental…’Delta’ has the band incorporating elements of electronica, rap, jazz and other sonic territory rarely visited,” while Paste asserts, “If it’s any indication of how ‘Delta’ will sound as a whole, this could shape up to be the band’s most experimental album yet.”

Marking ten years since Mumford & Sons made their meteoric debut, the new music follows 2015’s “Wilder Mind,” which debuted at No. 1 in the U.S., U.K., Australia Canada, Ireland, the Netherlands and Norway and, most recently, 2016’s collaborative “Johannesburg” mini album. Previous LPs include 2012’s “Babel,” which was awarded the 2013 Grammy for Album of the Year, and their 2009 debut, “Sigh No More.” 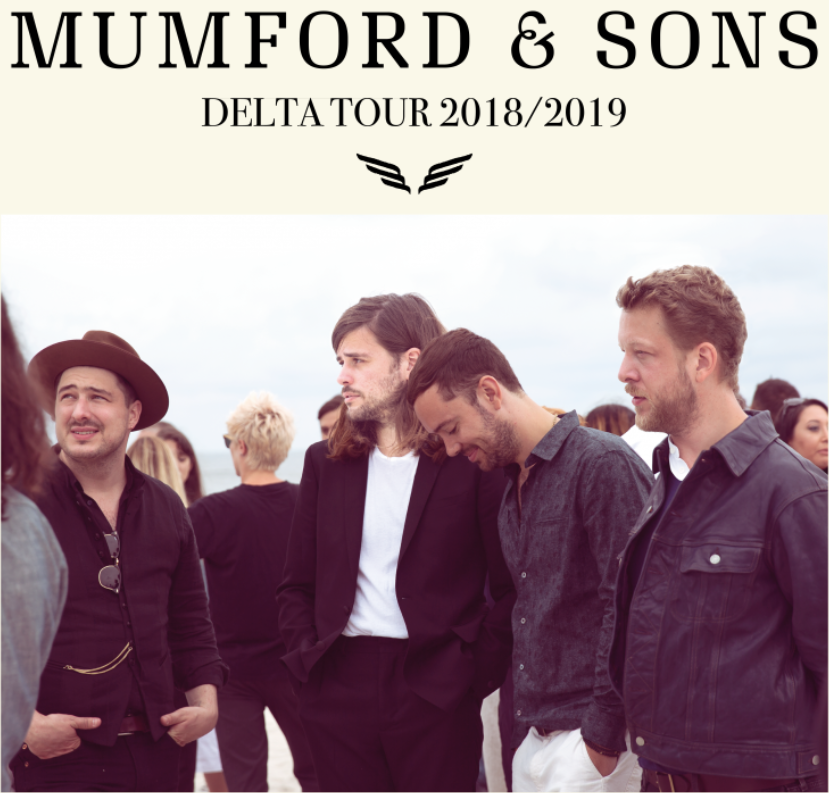