Stone Sour with special guests From Ashes to New will be playing The Ritz, in Raleigh Saturday, September 15.

PRE-ORDER THE DELUXE VERSION OF HYDROGRAD

From Ashes to New 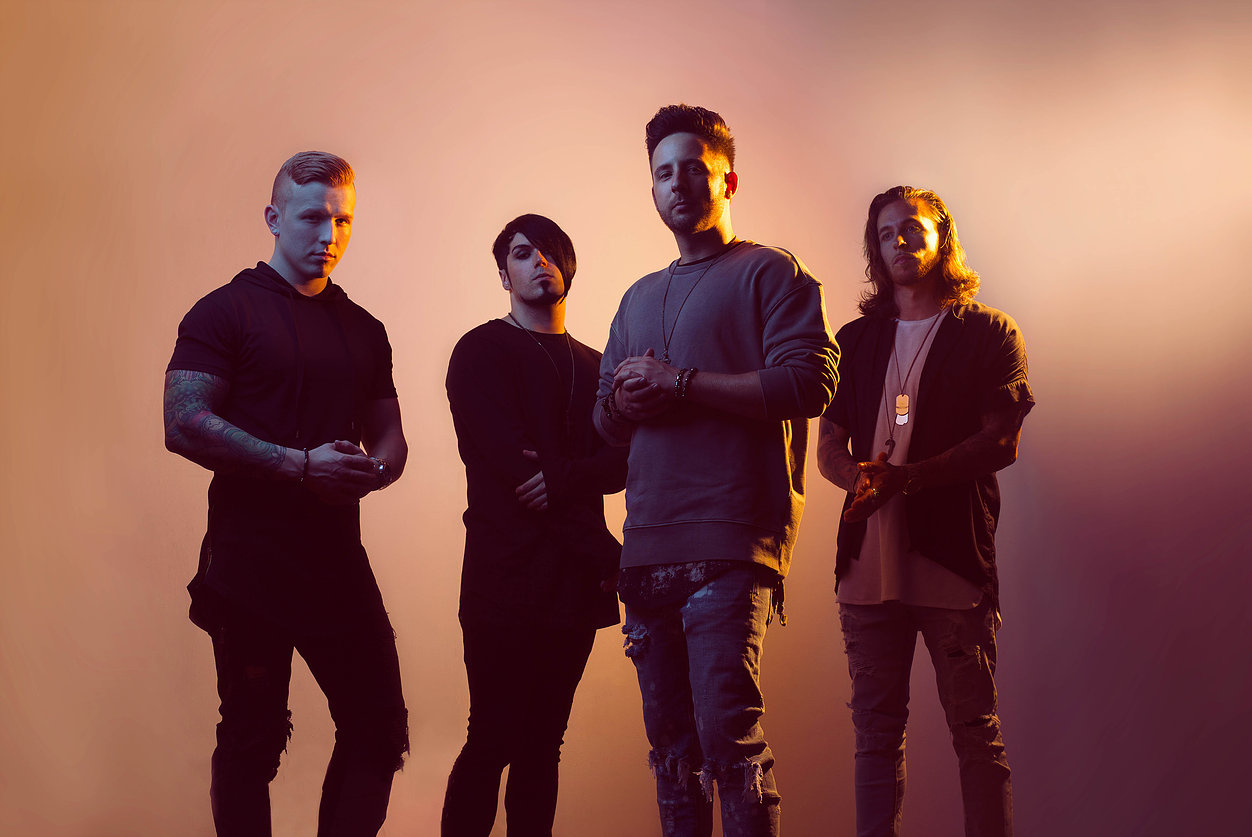 Lancaster, Pennsylvania is one of a hundred similar American towns; in fact, there are places just like it all over the world: post-industrial but still largely working class, and generally offering bleak prospects for the kids who grow up there. Suburban boredom, broken families, substance abuse, limited opportunity – this is an environment in which authentic, compelling creativity can thrive, if it’s accompanied by a burning desire, unstoppable drive, and complete lack of any backup plan.  There have always been powerful voices that rise above the din of mediocrity and monotony. The voice of From Ashes to New founder and frontman Matt Brandyberry is one of those that is forcing itself to be heard.    Matt’s lifelong interest in music progressed along a wide-ranging path: he was ardent hip-hop fan who wrote rhymes while in junior high, then learned piano and guitar. He pursued music with a passion, ignoring warnings from naysayers around him who shook their fingers in disapproval, asserting that he was doomed to fail and would never amount to anything. His early musical efforts were straight-up rap, and he couldn’t get anything happening with it. “People would say, ‘You aren’t a rapper. You are white. Just quit. Just get a real job.’ And I eventually thought I would be that regular 9 to 5 guy.”   To make matters worse, Matt was making bad choices. “Most of what I have done has been a failure,” he admits with an unsettling candor. “Things I fell into. Things I believed. I was pretty damn good at baseball, but I made bad choices. I ruined it. I fell into a bad crowd, getting in trouble, and partying too much. I was doing things I shouldn’t have been doing instead of following what could have been a career choice.”   Matt found a steady job as a cable TV installer, and had to relegate writing and performing to his off hours and weekends. Rap gave way to joining local rock bands, but his creative contributions ended up being frustratingly limited.   He was making good money doing the 9 to 5, but he didn’t have an outlet for the powerful music he was starting to hear in his head, and the voices of people who discouraged him grew louder and almost caused Matt to lose his focus.   This roadblock seemed insurmountable. Matt realized that he himself possessed the power to overcome the negativity and spitefulness he felt around him. Confidence was something that was totally under his control. An internal voice told him to press forward with his own creativity.   By pushing past the negativity with From Ashes to New, a rock band with a point of view, Matt found his voice, performing powerful songs that speak of redemption, liberation, and personal salvation.   Matt used money from a workers compensation settlement to begin the FATN journey. At the time, it seemed like yet another questionable choice.  Investing his life savings into what amounted to an underground studio-only project, Matt did so in order to generate the quality recordings which eventually got the band some attention.    Negativity threatened to derail From Ashes To New’s dreams once again when several band members jumped ship after the band signed to Better Noise Records. But this became another opportunity, as the band evolved a tighter unit, most recently adding guitarist Lance Dowdle, formerly of hard rock band Emphatic, who adds his own passion and energy. “The current lineup reflects the true spirit of the band,” Matt says, “and we can’t wait to play for fans all over the world”   “Through It All,” the band’s breakthrough first single, has launched their sound onto the radio and created multiple touring opportunities. Matt recounts, “There’s always someone involved in our lives that in the end seems to change us. A friend, a family member, a significant other, sometimes we’re left to wonder if it was for better or for worse. Often times we don’t know what we have until it is gone.”    “Lost And Alone is a song about feeling lost and hopeless in today’s society. No matter how many times it feels like we have something to hold onto, that something always seems to find a way to escape us. It paints the picture of the bitter reality that we have to take matters into our own hands and not rely on the world to save us,” Matt explains.   Ultimately, From Ashes to New’s message is true to life, raw, and genuine. Their music is a testament to positive inspiration for the people of the world that they, too, can take risks and not settle into an expected life of mediocrity.    ”We are only regular if we make ourselves regular. We are what we tell ourselves we are,” Matt says. “Some of our fans tell us they feel things are hopeless and I tell them, ‘You have to believe in yourself before anyone else can.'”

3,341 thoughts on “Stone Sour with special guests From Ashes to New -playing The Ritz Saturday, September 15”