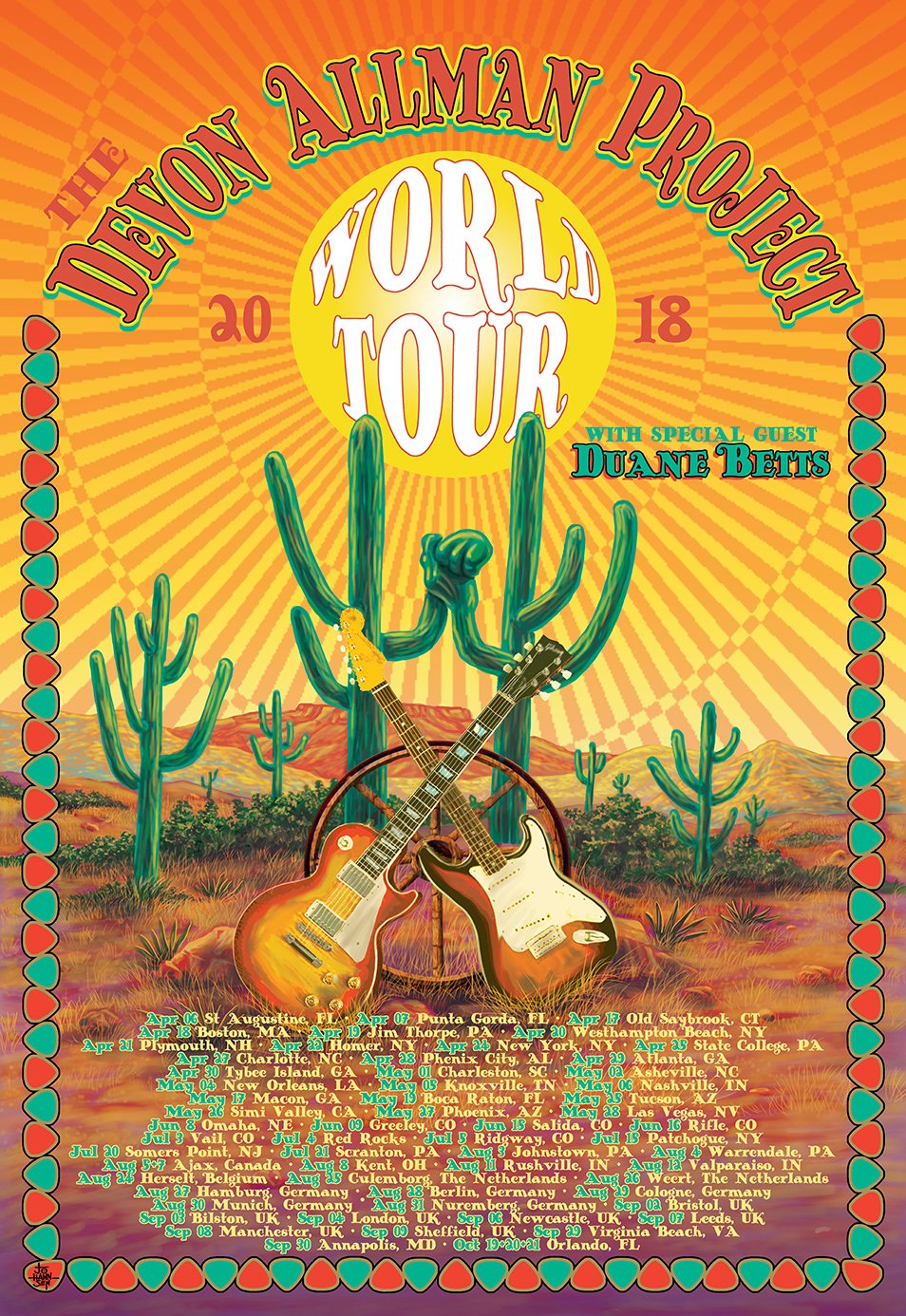 Southern Rock flirts with roots driven Soul.  Then it has a torrid love affair with the Blues.

That’s the Devon Allman Project vibe in a nutshell.

Like fathers, like sons.  The genetic predisposition to perform bluesy rock and roll is alive and kicking in the jams of Devon Allman and Duane Betts.  The physical resemblances are striking.  In the eyes of Devon Allman, there lies that familiar hurt, pain and loneliness.  But in his voice and delivery, you feel the hope, strength and triumph.  Duane Betts’ expressions, mannerisms, even down to the grimace and the downturned lips reveal his lineage.   That same calm demeanor and let’s just get this job done attitude with which he plays his Gibson reminds one of his father.

Both Devon and Duane have their own individual relevance.  They each bring dynamic hearts and souls to the party.  It seems to me, their bodies of work are not intended as imitation or even re-creation of a certain sound, but solely from a love, appreciation and admiration of bluesy rock and roll itself.

Duane opened the Friday night gig with a five song mini set.  Among the five setting the vibe were the tunes “Ride it Out” and  “Downtown Runaround”  off his  Sketches of American Music release.   The younger Betts’ flowing version of the older Betts’  “In Memory of Elizabeth Reed”  touched  the packed venue.

Devon Allman quickly appeared and moved in with “Mahalo” ,  a song written while he was in his band Honeytribe.   His song “Alive”  was second up.

It was just about that moment when  the kinship/friendship bonds of battering the blues came together.

The Devon Allman Project’s version of the Spinners’  1972  smooth and soulful hit  “I’ll Be Around”  was smoking.  The crowd was properly motivated from this point forward.  The frontline even did a little smooth shuffle to authenticate the feel.

“Left My Heart in Memphis”  a Devon penned number from his Royal Southern Brotherhood collection, peeled through the venue and once more had the crowd moving.

Duane Betts was front man and lead vocalist for the cover of the Allman Brothers Band’s  “Blue Sky” , written by his father Dickey Betts.  Those in the audience were brought to their feet with the energy of  this incredibly catchy and well loved tune.  The song was delivered so finely that I felt a lump grow in my throat.

Next up was the Devon-Duane crafted   “Melodies Are Memories”.

A respectable and playful version of the Grateful  Dead’s  “Friend of the Devil”  had the audience fully enlisted in participation.  Devon Allman was stellar with his rendition of “Melissa”  , written by his late father, Gregg Allman.  The crowd was humbled to their knees when the guys did their takes on the Allman Brothers songs and “Melissa”  was no exception.   “Good Ol’ Days”  , another collaboration between Allman and Betts pumped the crowd with its upbeat optimistic message of living in the here and now and enjoying it.

Marvin Gaye’s  1971 ode to the plight of war and corruption,  “What’s Going On”  is a risky song to undertake.  Well, keyboardist/vocalist Nicholas David (who placed 3rd on The Voice)  took on the risk and with an all star cast to lend a hand, did a splendid rendition.   They sliced it up nice and funky with an edginess , and it rocked.

The Project then burst back into the eighties with a version of the Stevie Nicks/Tom Petty duet         “Stop Dragging My Heart Around “,  with Devon doing Tom while Kinston native and special guest Briley Hussey did Stevie.

For a most classy wrap up to a very memorable night,  Devon and Duane and crew nailed the Allman Brothers   “Dreams”  to the floor and pounded it into submission.   What an encore!

If Devon was the Captain and Duane his First Mate, then they selected a fine and able bodied crew to commandeer the ship.  Nicholas David was super on keys and vocals.  Justin Corgan,  cousin of Smashing Pumpkins Billy Corgan  was  outright supreme on bass.   Also highly impressive was Johnny Stachela on guitars and slide;  Jackson Stokes was hot like a firecracker on guitar and vocals.  R Scott Bryan and John Lum, both highly skilled on percussion and drums,  rounded out a stellar rhythm section.

Exciting news:   Devon Allman made an onstage announcement that next year he and Duane Betts were joining forces as the Allman Betts Band.  This is promising news, because this night at the Lincoln proved with the right chemistry and bloodlines,  a rebirth of bluesy Southern Rock is upon us! 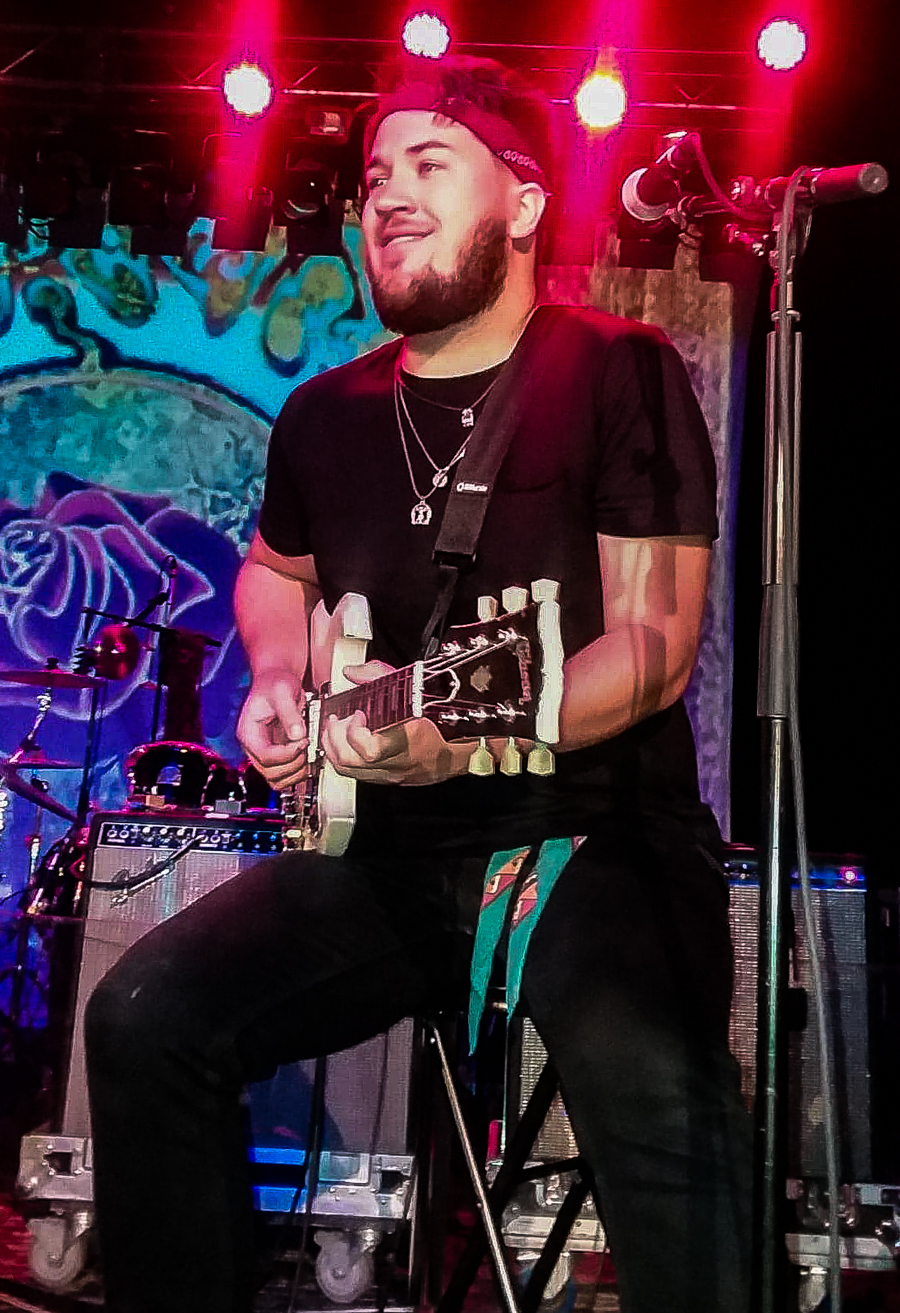 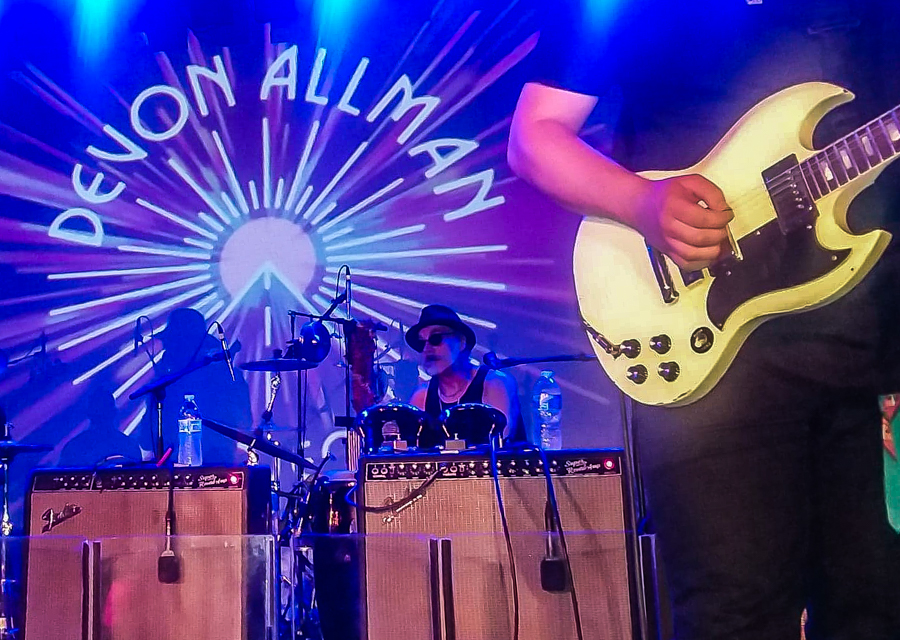 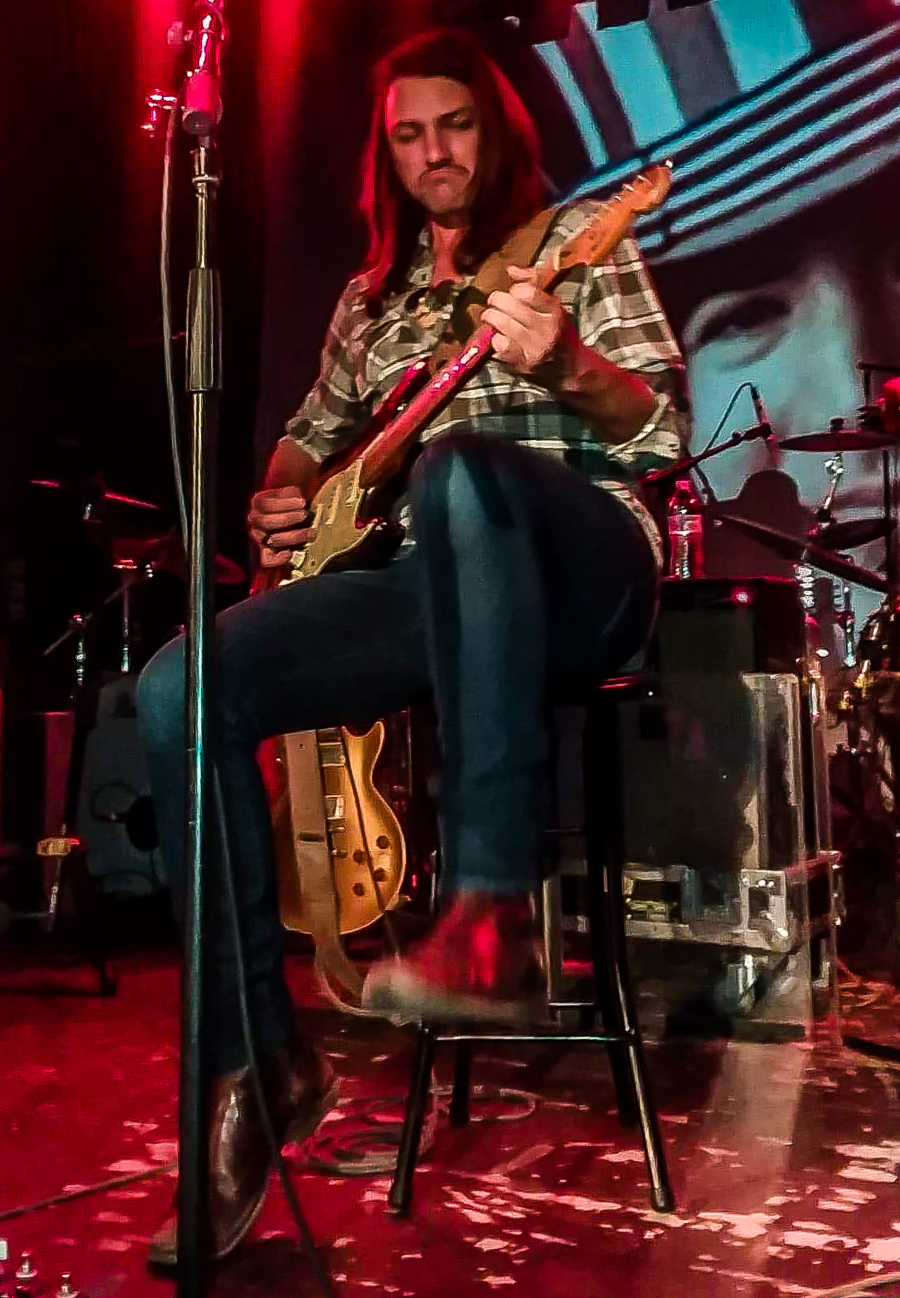 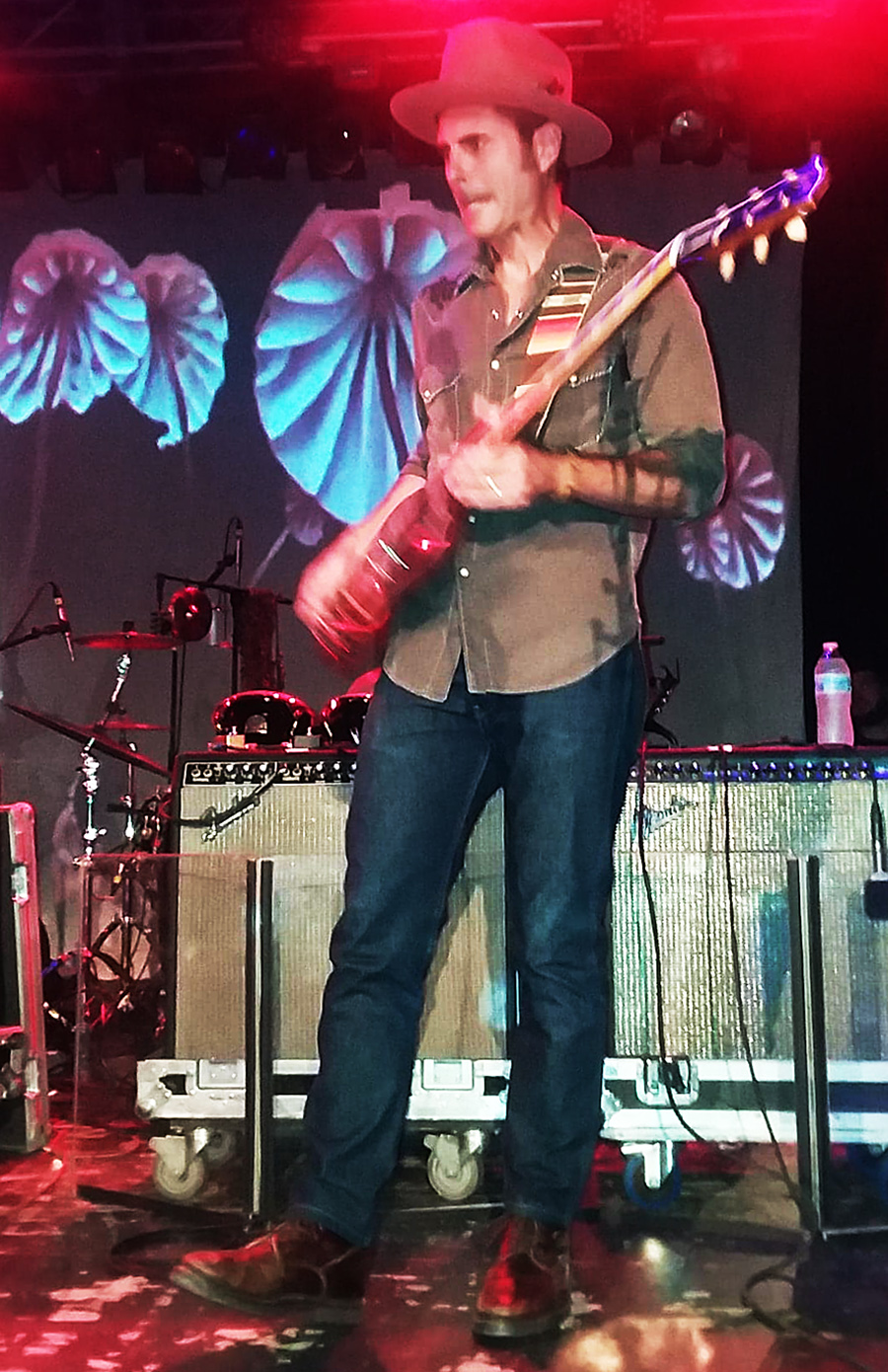 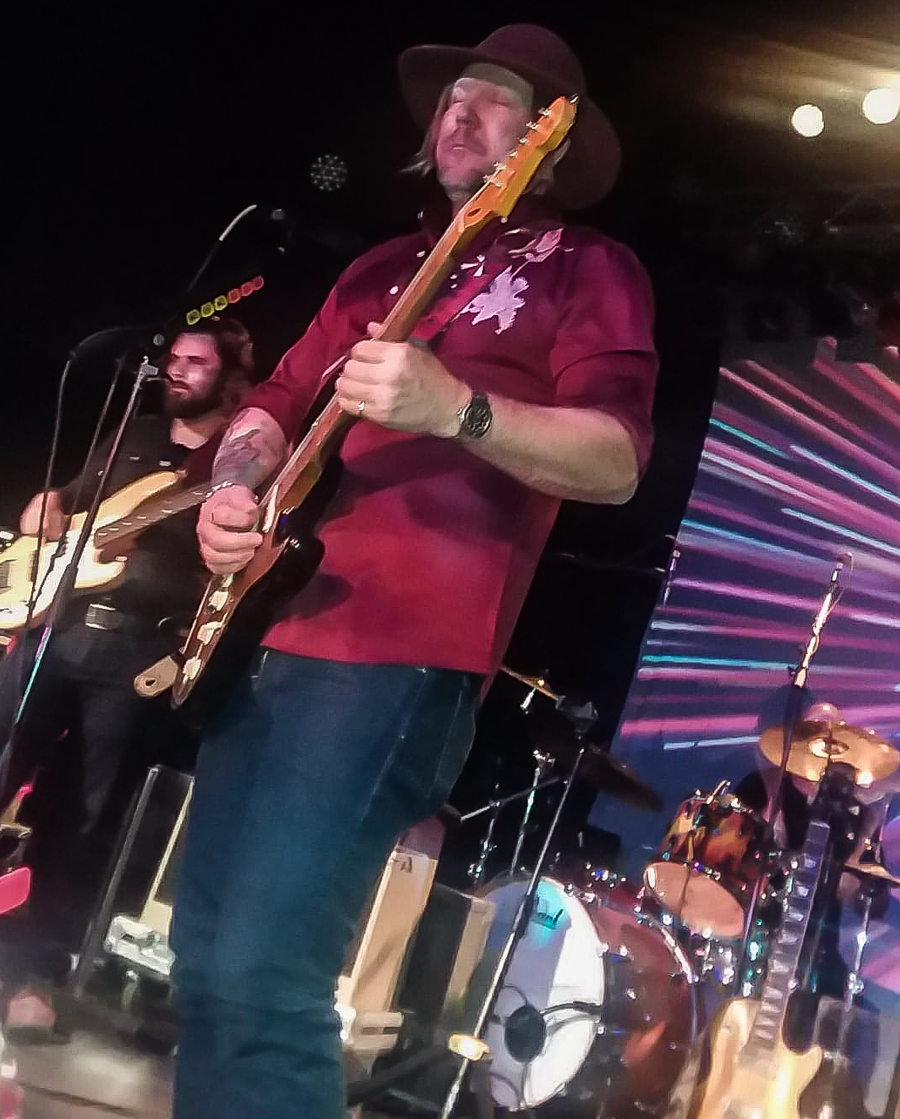 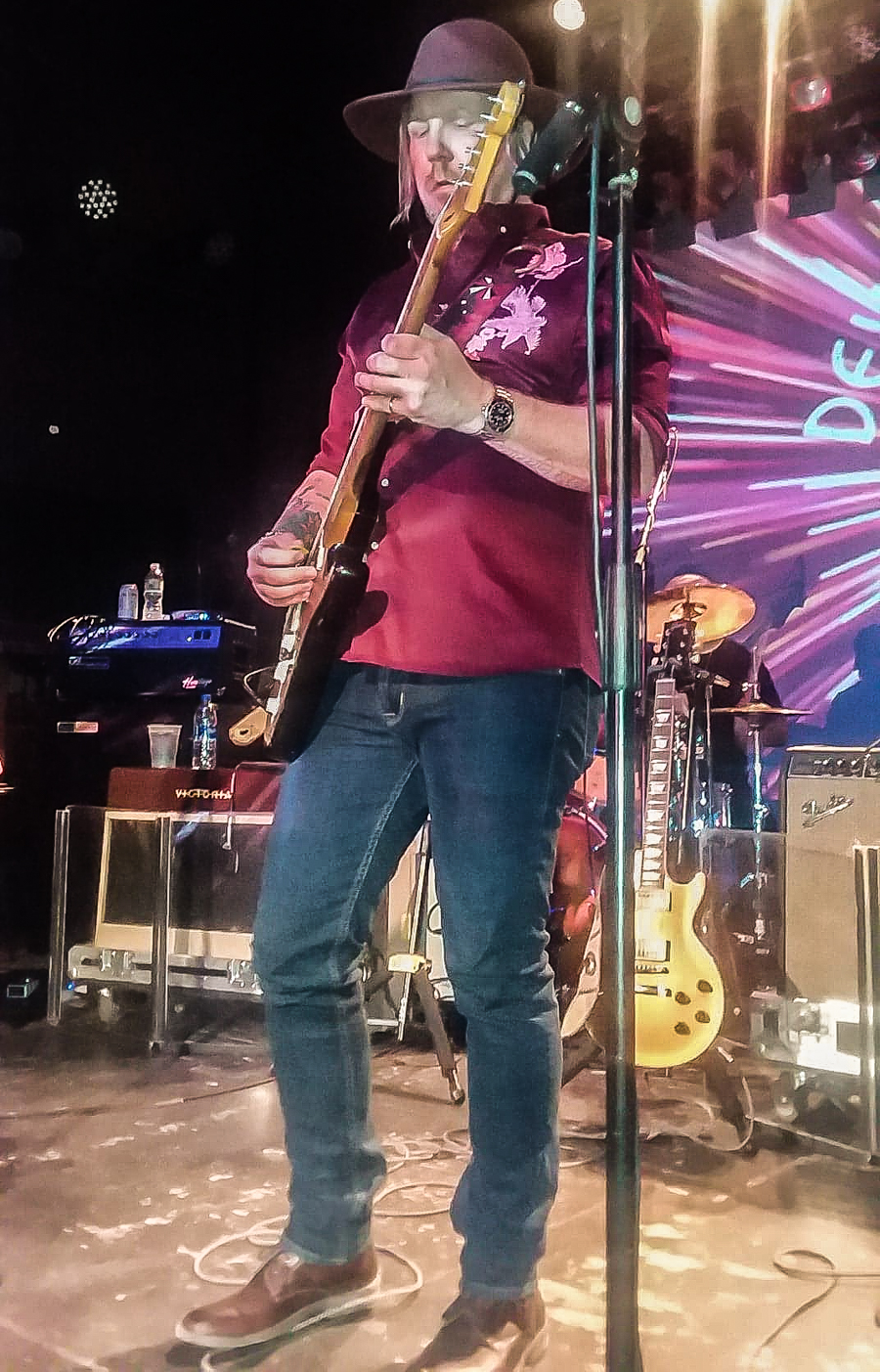 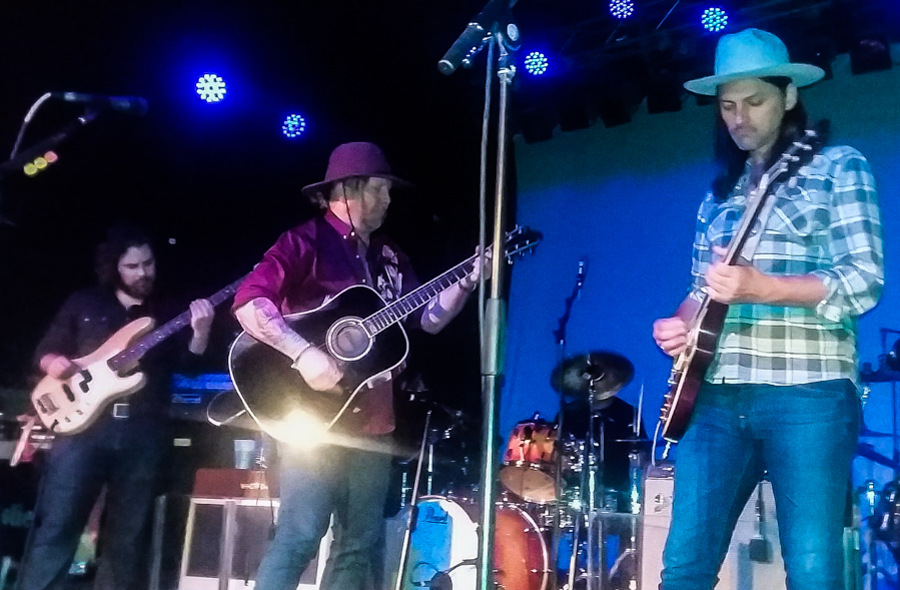 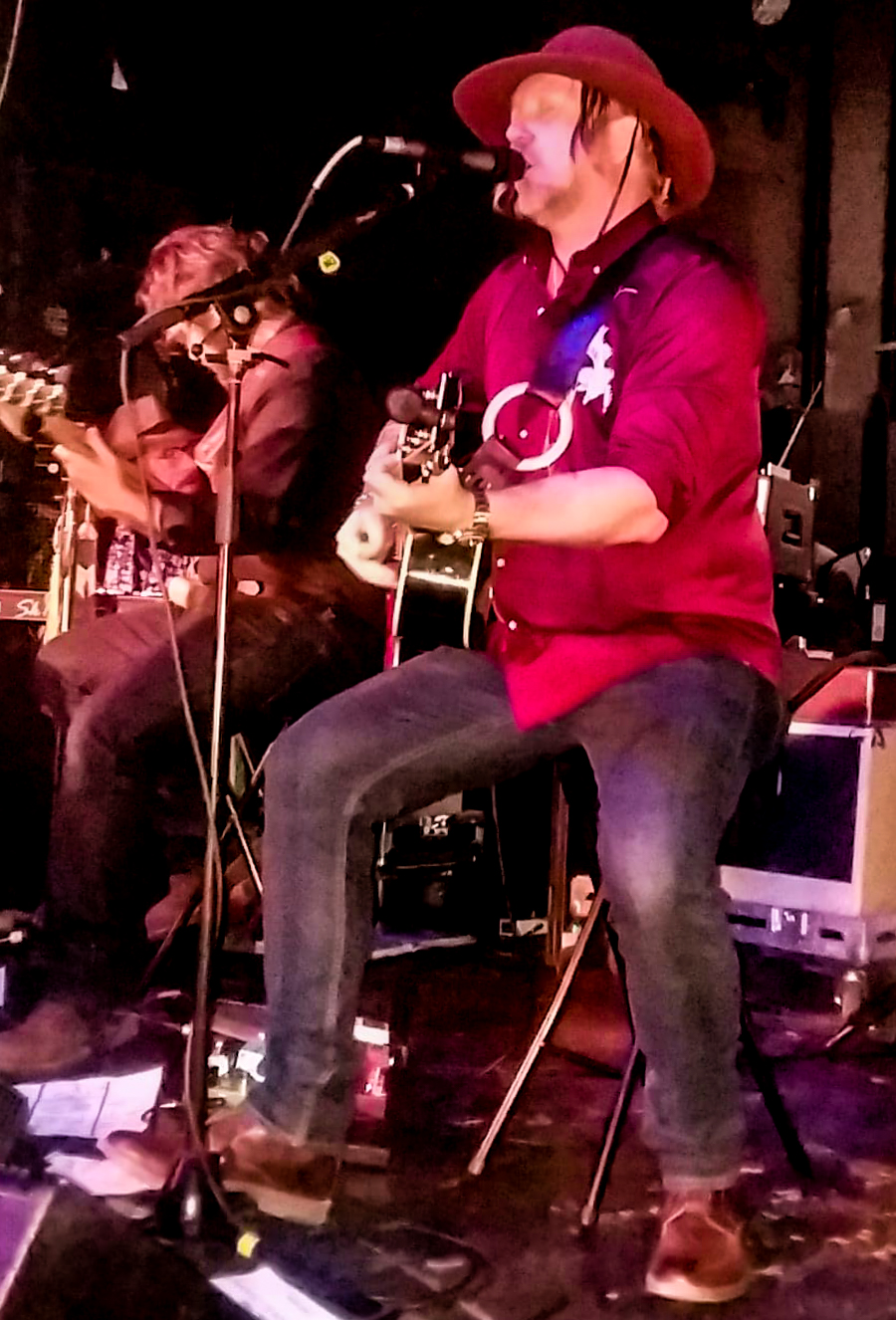 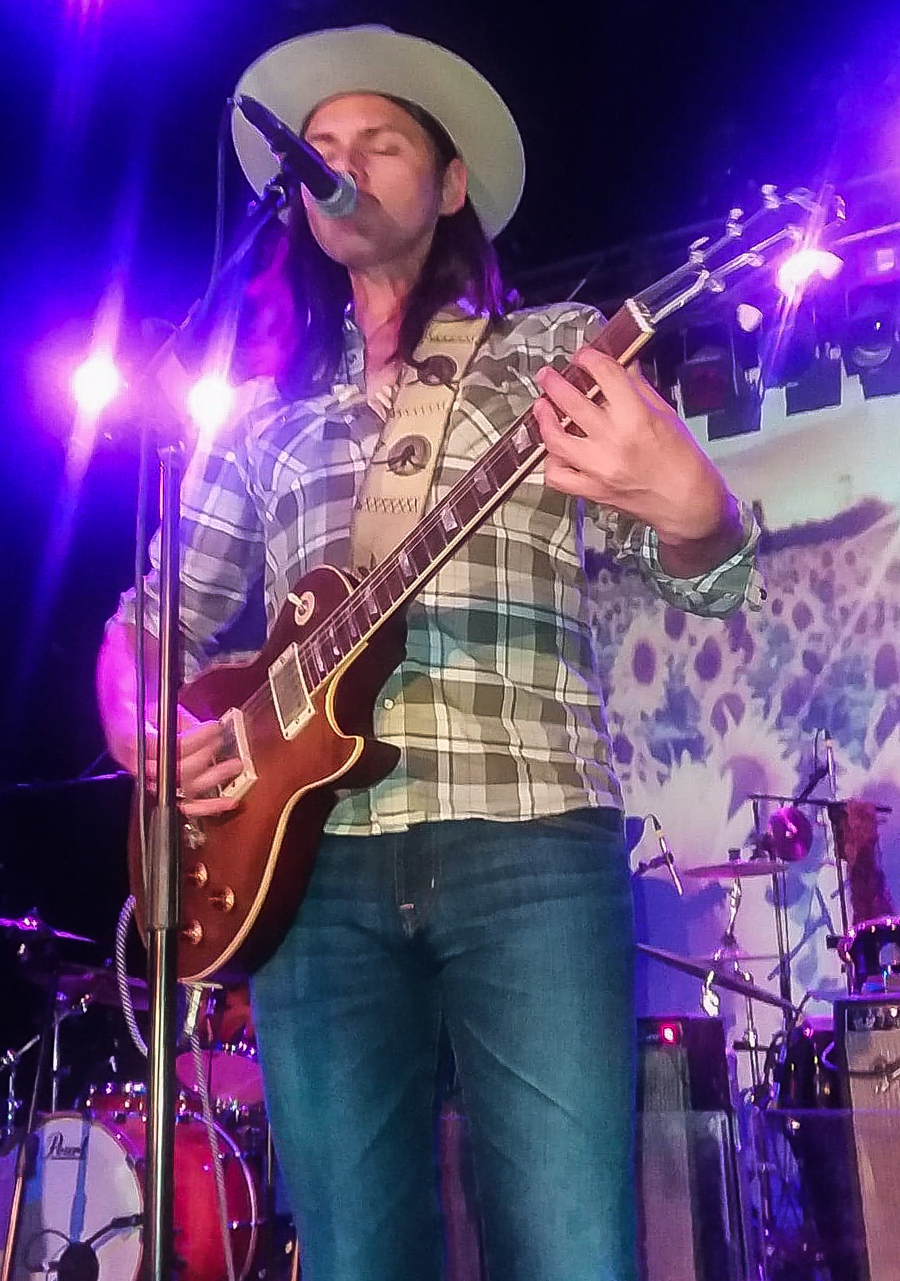 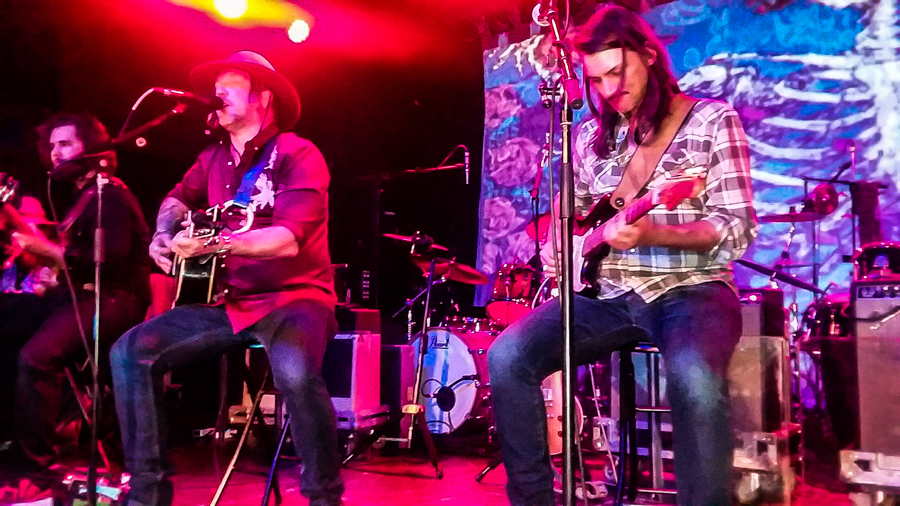