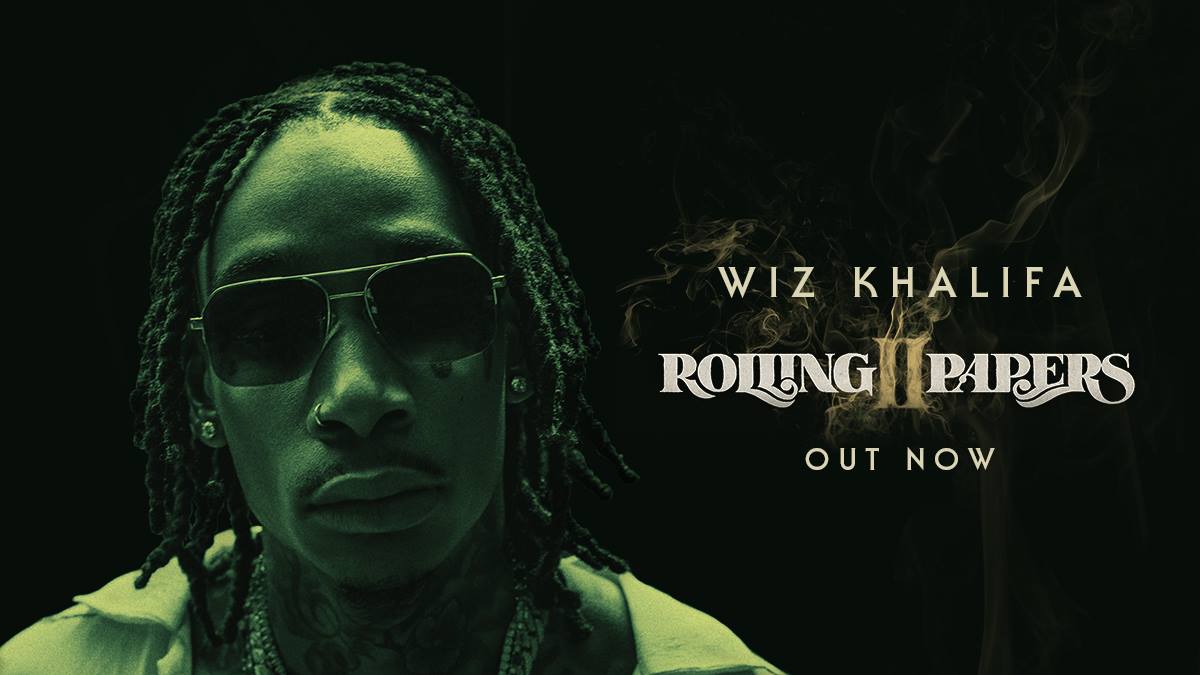 Wiz.lnk.to/RP2
Wiz Khalifa
“Being out in front of people and just being ‘The Man’” might sound like a vague and ridiculous dream to have, but for Cameron Thomaz it might be the most appropriate thought to cross any mind. Better known as Wiz Khalifa, the son of two military parents has always had his eye on being a new standard by which cool is measured. Rapping since the third grade and starting to record music at 14 was probably a step in the right direction. The next best move? Inking a deal to Rostrum Records after a meeting with Benjy Grinberg.

Fresh out of high school, it was time to either sink or swim. In 2005 Wiz released his first mixtape, “Prince of the City: Welcome to Pistolvania.” The mixtape was quickly accepted by the local scene and began to gain buzz outside of Pittsburgh. With that excitement growing by the day, it was the perfect time for a proper commercial album. Wiz soon dropped “Show and Prove,” which Okayplayer.com claimed was “arguably the best album of the year.” The accolades began piling up and Khalifa was receiving significant co-signs from XXL, Rolling Stone, and VIBE, alike. A deal with Warner Bros. Records soon followed.

Any other 20-year-old probably would’ve let all this hype go to their heads, but not Wiz. As focused as ever, Wiz only saw this praise as an opportunity to work harder. In 2007, with the help of famed mixtape DJ, Green Lantern, Wiz released “Grow Season,” which was soon followed by “Prince of The City 2.” The sequel to “Prince of The City” would soon out grow its predecessor so much so that the demand for Khalifa’s music was greater than ever.

Unfortunately, the relationship between Khalifa and Warner Bros. dissolved, and once again, Wiz found himself as an independent artist. Typically a huge roadblock for any artist, Wiz refused to allow the lack of a major label deal to slow down his momentum. He and his Rostrum team hit the ground running in 2009 and released three highly acclaimed mixtapes: “Flight School,” “How Fly,” a collaborative mixtape with New Orleans rapper Curren$y, and “Burn After Rolling.” The album “Deal Or No Deal” followed in the Fall and debuted at the top of the iTunes “Hip-Hop” chart, and has remained in the top 50 to date.

In the months following, both his fanbase (known as the “Taylor Gang”) and the anticipation for his new mixtape grew daily. Once Wiz dropped “Kush & Orange Juice” in early 2010, it was clear that he had established himself as one of the rap-game’s brightest young stars to watch. With an unprecedented amount of downloads, not to mention both the top search on Google as well as the number one trending topic on Twitter, it seemed as if the entire nation was on board with the “Taylor Gang” movement. Many said that the release of “Kush & Orange Juice” placed Wiz as the valedictorian of his “XXL Freshmen 10” class and kicked open the doors he and his team were looking to walk through.

Fast forward a few months, and together Wiz and Rostrum Records proudly announced that these doors were those of Atlantic Records, the new home to Wiz Khalifa. Following this huge milestone in his career, Wiz soon embarked on a stint on the famed “Rock The Bells” tour alongside such legends as Lauryn Hill and Snoop Dogg, immediately followed by his nation-wide headlining tour, appropriately dubbed the “Waken Baken Tour.” After receiving co-signs from a multitude of rap veterans, including Rick Ross and Diddy, and humbly rejecting Drake’s offer to join his recent tour, it became evident that Wiz also established himself as a prominent staple online with over 3,000,000 friends on Facebook, and over 1,000,000 fans following him on Twitter. With the video for his first Atlantic Records release, “Black & Yellow,” getting an astonishing 30 million views on YouTube, there is no question about it: Wiz Khalifa’s debut album is bound to be something great.

#SR3MM (Swaecation + Jxmtro) out now http://smarturl.it/SR3MM
Rae Sremmurd
Tupelo, Mississippi. It’s the home of Elvis Presley, but even for those clued in on that fun fact, it’s safe to say that few, if any, know much more about the city than that. Nestled in the northeast corner of the Magnolia State, and with a population of just over 35,000, indeed, Tupelo, like most small metropolises, is easy to overlook. Rae Sremmurd – pronounced “Ray-Shrim-er,” consisting of real life brothers Slim Jimmy and Swae Lee, and newly signed to multi-platinum producer Mike WiLL Made-It’s Eardruma Records – is out to change that.

Slim Jxmm, 24, and Swae Lee, 22, were born in California, but moved to Tupelo at an early age, where they were raised in the notorious Ida Street housing projects, some of the worst, most crime-ridden in the state. Making matters worse, Sremmurd’s parents split while the brothers were still young, a devastating turn of events that found the brothers multiple stretches, seeking shelter in abandoned homes scattered throughout the area. For a city with little history outside of its musical heritage, and in a state where two young kids short on role models could look up to the growing star power of in-state hero David Banner, music, from a young age, became a way for Slim and Swae to escape the desperation of their surroundings. “When we were growing up, it was just about perseverance,” says Slim Jimmy, before flipping a quote made famous by Stark Trek character Richard Wakinyan. “Regardless of the situation, we couldn’t let the haters win.”

The movement started locally, with the brothers throwing parties and shows around town, often in the same abandoned buildings where they once stayed. The pair always had larger ambitions, though, and so the brothers, natural performers since elementary school, taught themselves how to record, make beats, and DJ, building enough buzz to earn an appearance on the popular “Wild Out Wednesdays” segment during BET’s music video countdown show, 106th & Park. Back home, Swae and Slim earned the attention of fellow Tupelo native P-Nasty, who also happens to be a producer signed to super producer Mike WiLL Made-It’s Eardruma production team. P-Nasty introduced Rae Sremmurd to Mike WiLL, and the multi-platinum producer (Rihanna, Jay Z, Kanye West, 2 Chainz, Future, Juicy J) was instantly impressed by the brothers’ energy and the quality of their music, signing the duo as one of the first acts to his new, Interscope-backed label, Eardruma Records. “When I met them,” recalls WiLL, “they just had a real young dope energy about them. So me and the Eardruma team locked in the studio like we normally do, had a lot of fun, and cooked up some amazing music. This is just the beginning of our working relationship, and they’ve got a bright future. I believe in them.” 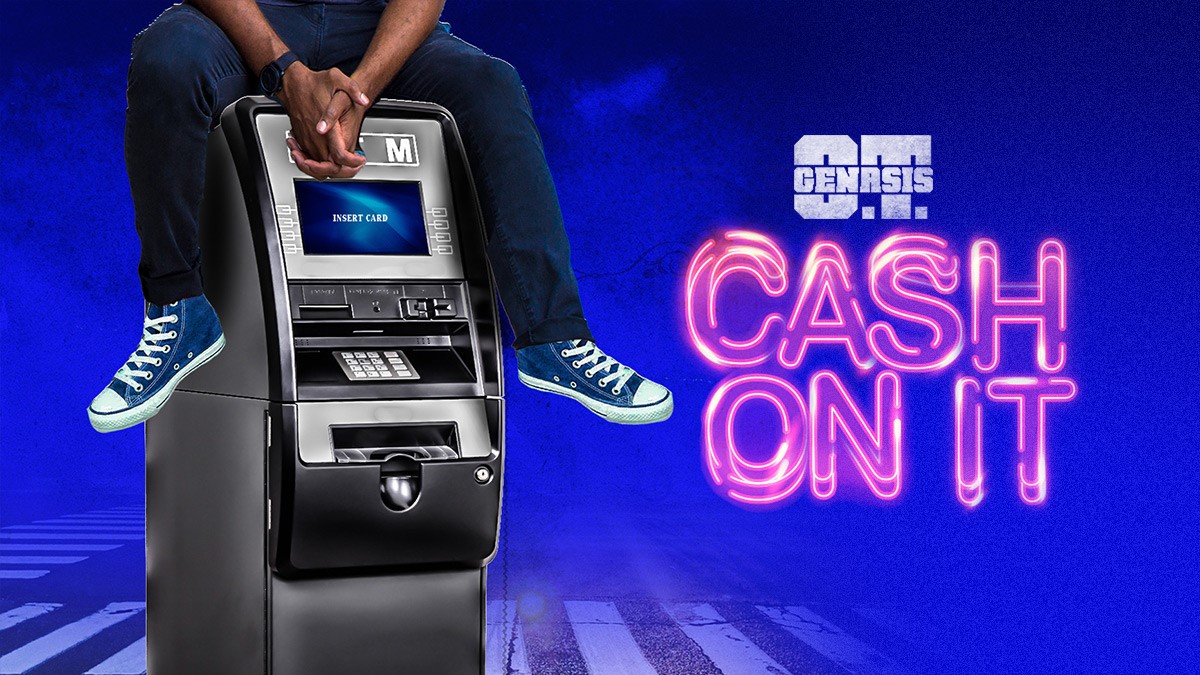 Listen to “Cash On It” now! https://otgenasis.lnk.to/CashOnIt 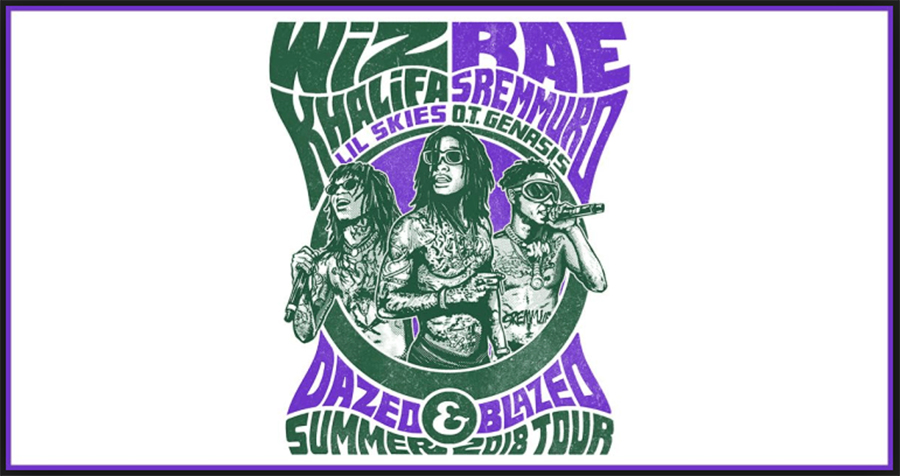