Tove Lo vividly recalls her first heartbreak. His name was Erik, and he was breathtaking. “I fell in love with him right away,” she says. But as we’ve come to learn from her songs such as “Habits (Stay High),” romance is complicated. Erik liked her friend instead; Tove was gutted. “I cried after that forever,” she says, laughing. Did she mention she was just eight years old?

To this day, the highs and lows of love’s labor’s lost continue to be the Stockholm native’s area of expertise. Her second album, Lady Wood (out October 28 on Island Records), deeply navigates the tributaries of sex and love, while its cheeky title debunks her unofficial moniker as The Saddest Girl in Sweden. “When people meet me, they’re like, ‘Oh, you’re actually happy.’ I’m not going to show up drunk and cry my heart out to you,” she says. Then adds, joking, “Well, not every time.”
It is true, however, that Tove enjoys exploring the darker side of life. Lady Wood’s first single, “Cool Girl,” is inspired by the twisted thriller Gone Girl and contemplates the hollowness and ironies of affecting an easygoing, feminine persona to ensnare a man. “When you create, you try to get out of your safe zone,” says Tove, who writes her own music and lyrics. “It’s okay to be pissed off or depressed. You’ll pick yourself back up. We shouldn’t be so scared of our emotions.”
Tove travels with a small studio set-up—keyboard, mic, laptop—to lay down ideas whenever the mood hits. While on tour with Katy Perry in late 2014, that process was cut short after doctors discovered cysts on her vocal cords. “It was intense, because I had to do voice rehab after surgery. It made me realize, ‘Fuck! This is the one thing that actually keeps me level-headed,’” she says. “I was about to go crazy after two months of not singing. I started writing the second it was okay to sing again.”
Time magazine once marveled at Tove’s “razor-like precision” as a songwriter. In reality, she has been deftly penning tracks for more than a decade. She started at age 11 with a homegrown girl- group (writing their only song, “Crazy”), graduated to the indie-rock band Tremblebee in her teens (“we played all the shittiest bars in Stockholm”), then took on a career-changing role in Max Martin’s songwriting collective Wolf Cousins. “He’s a great mentor,” she says. “Always telling me, ‘Produce more! Keep doing what you’re doing! Don’t let that part go.’”
And there is demand for her supply. “The reaction has been really amazing. I feel the support of a lot of female artists and writers,” she says. “In the beginning, I was like, ‘Ah, no one will notice.’ But now I can tell that I have an impact. My fans feel like they can relate to me. It’s a crazy feeling that you can mean so much to someone you’ve never met. Most of the time, they tell me their breakup stories, and I share another one of mine.” 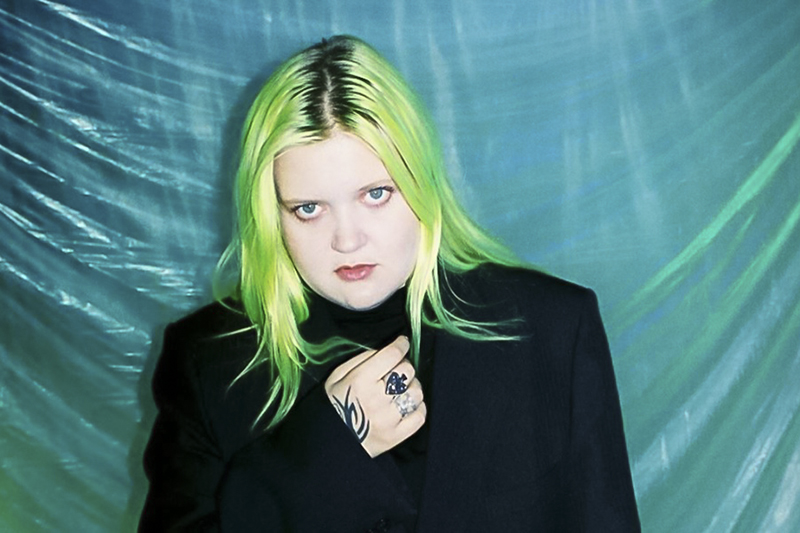 Every so often a new pop star explodes out of nowhere, re-shaping people’s expectations and creating a new page in the rulebook in the process. ALMA – a 20-year old with bright neon green hair, a magnetic attitude and a voice that could demolish buildings –is that new pop star.